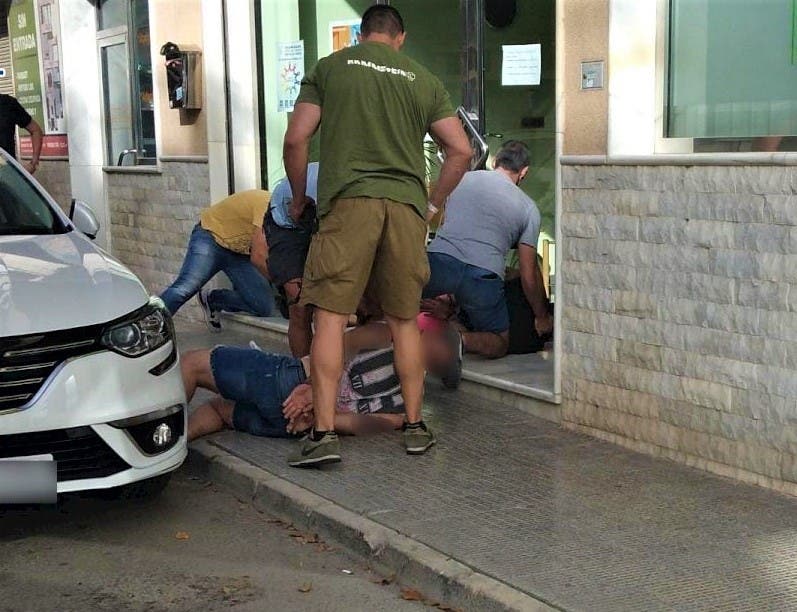 A violent home robbery gang who did not hesitate to threaten property owners with guns has been brought down in Dolores.

Six men, aged 29 to 47, were arrested in the Alicante Province town, close to their warehouse headquarters, by the Policia Nacional.

Some of the gang members- of Bulgarian, Lithuanian and Spanish nationalities- had received specialist military training in Eastern Europe.

They’re accused of several crimes including a home invasion with weapons 50 kilometres away at Cañada del Fenollar.

They fled the scene brandishing guns at shocked residents.

Another incident saw the gang stealing a high-end car with weapons waved around to stop any resistance.

The criminals were led by a Bulgarian man who was recently released from prison after serving time for a string of violent robberies.

Once he was freed, he reconstituted a gang to resume his illegal activities.

The Policia Nacional suspected that he was the gang ring-leader and launched a discreet surveillance operation following him and his cronies.

They found out where they all lived and also the Dolores warehouse where they stored an array of equipment.

Five ‘ready to use’ home-made Molotov cocktails had to be removed by explosive specialists.