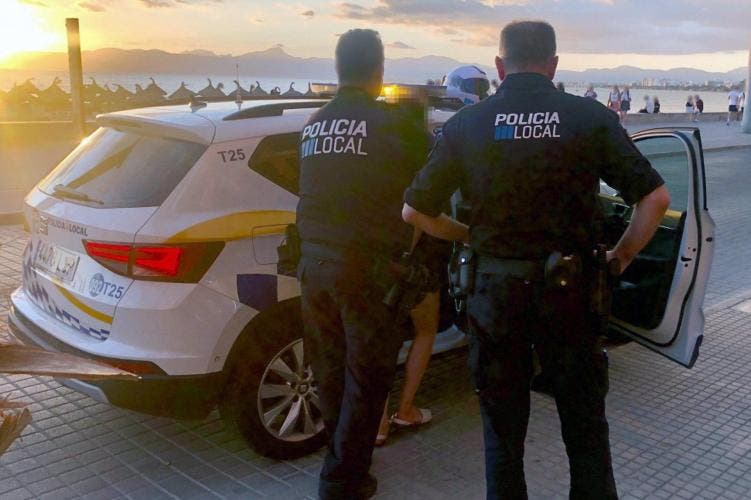 The women, aged 32 and 34, stole the items that had been placed on towels

The tourist couple ran after the robbers and caught them near to Calle Tokio.

They were attacked as they tried to wrestle their belongings away.

The male holidaymaker suffered scratches across his body while his partner had multiple contusions to her face.

Nevertheless they managed to recover one bag that contained documents and credit cards as well as €260 in cash and a €450 phone.

Palma Policia Local arrived at the scene and soon arrested one of the robbers who was hiding in a nearby shop.

The second thief was arrested later but she no longer had the other stolen bag on her, which had €700 in cash in it, along with a €300 phone, watches, glasses, and a hotel room key card.

Police took the victims to a health centre for treatment.

Mallorca in Spain’s Balearic Islands runs out of Honey