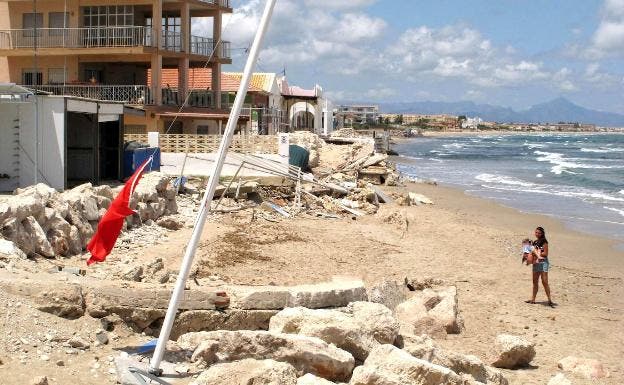 A €14.4 million contract has been awarded by the national government to restore Les Deveses beach in Denia.

The area has suffered from the some of the worst coastal erosion over the years in the Valencian Community causing some sections to completely disappear.

The winning bidder- a joint venture called Ecsa-Shcsl-Dragsur Deveses- will have a year to recreate a beach with a width of 30 metres.

The news brings to an end a very long-running campaign by residents to bring the area back to its old natural glory.

In days gone by, the sands had a 100 metre width before erosion advanced destroying large sections of the beach.

Three breakwaters will be constructed to stop sand disappearing- the longest of which will be 500 metres.

Sand dunes will also be created as part of the project.

600,000 cubic metres of sand will be brought in from an underwater deposit four miles off the coast of Cullera.

It’s not known when the work will begin.