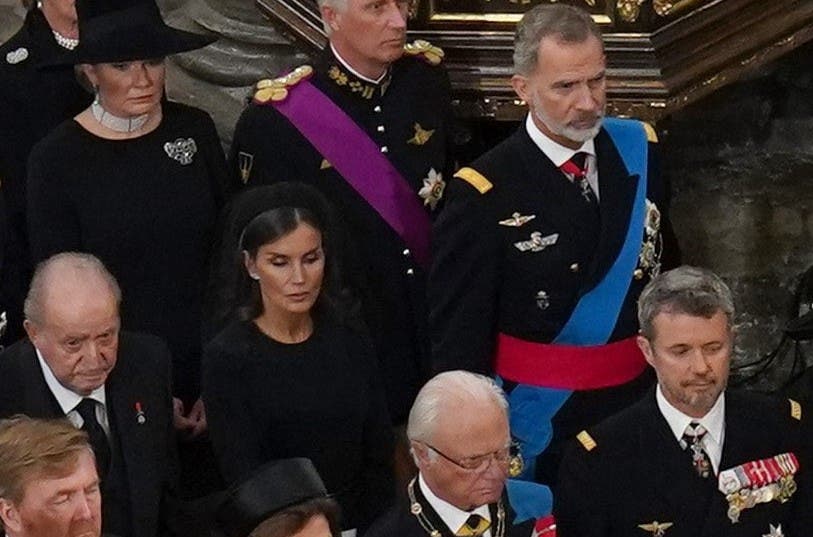 KING Felipe will reunite with his father, Emeritus King Juan Carlos at their second royal funeral service in five months.

Felipe and Juan Carlos were last seen together in public at Westminster Abbey in September for the funeral of Queen Elizabeth II.

The Emeritus King, who recently turned 85, will fly to Athens from his self-imposed Abu Dhabi exile for the funeral of Greece’s last monarch, Constantine II.

Constantine was ousted six years after the 1967 military coup with the junta subsequently abolishing the monarchy.

His older sister is Queen Sofia- wife to Juan Carlos- and he maintained a very close bond with Sofia’s family.

Many of Sofia’s relatives, including their children, came to Spain to spend Christmas and the summer holidays together.

Queen Sofia has been in Athens for a week, after making a dash to spend the remaining days with her brother who died in a private hospital on Tuesday.

Constantine shared a passion for sailing with Juan Carlos and he won an Olympic gold medal for the event in 1964- the same year he ascended to the Greek throne at the young age of 23.

His ‘non-state’ funeral will be on Monday, and King Felipe will travel to Athens with his wife Queen Letizia.

Anthony Piovesan - 27 Jan, 2023 @ 18:00
A deranged caretaker has been caught on a secret camera violently shaking and suffocating an elderly handicapped woman. National Police officers arrested the suspect in...