THE British boxer who attacked a Guardia policeman, while on a drinking binge in Andalucia, is likely to defend his WBO featherweight title on December 9.

Scott Harrison has passed his medical “with flying colours” and is ready to defend his WBO featherweight title against Nicky Cook next month, according to his lawyer Massimo Franchi.

The 29-year-old was only released from Malaga prison last week after being arrested in Alhaurin on October 6 for the alleged assault.

The boxer had allegedly crashed his car, tried to rob another and then punched a policeman in the eye, while being interrogated in Alhaurin Guardia Civil barracks.

The Olive Press has managed to get some exclusive pictures of the car that he crashed on the night. The new Lincoln 4×4 was found by the side of the road between Coin and Alhaurin.

It is currently still looked over by police investigators at a secret compound in Alhaurin.

While many Spanish are amazed that he was given bail, he is now back in Glasgow where he is in training for his title fight.

He began sparring with a view to attaining the necessary ring sharpness for his contest against Cook. He will be due back in Spain to stand trial. 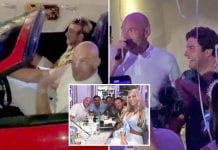 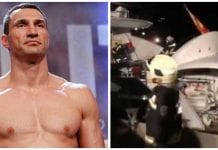 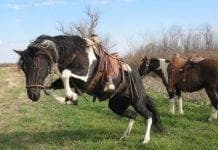 Stricter punishment in place for horse hobblers in Andalucia