AS spring turns to summer, dry riverbeds across Spain turn bright pink with the unmistakable blooms of oleander (Nerium oleander).

Known simply as adelfa in Spanish and baladre or llorer rosa in Catalan, it is a highly toxic, evergreen shrub or small tree that is also used widely in municipal planting schemes and private gardens.

Native to North Africa, Portugal, Spain and the Mediterranean region across to Asia, it grows two to six metres tall and has erect branches with thick, dark green, long narrow leaves. The flowers grow in clusters at the end of each branch.

In the wild, the flowers are almost always pink while cultivated versions can be white or yellow with many shades in-between. They are often, but not always, sweetly scented.

The fruit is long and pod like and splits when dry to reveal hundreds of fluffy seeds.

Oleander is drought resistant and will tolerate occasional frost as low as minus10 degrees Celsius.

Beautiful it may be, but oleander is an incredibly poisonous plant and contains numerous toxic compounds, many of which can be deadly to people – especially young children. The toxins include oleandrin and neriine, which affect the heart, and the bark contains rosagenin, which acts in a similar way to strychnine.

The entire plant including the sap is harmful. Even after drying, the leaves are still dangerous. A single leaf holds enough poison to kill a small child. In the past crushed, dried leaves mixed with stale bread have been used as a very effective rat poison.

Animals that mistakenly eat this plant often die within a few days. Clippings and prunings are particularly dangerous to animals because they are sweet to the taste.

Symptoms of oleander poisoning include nausea and vomiting, excess salivation, abdominal pain and diarrhoea. The poisons also affect the heart and central nervous system with symptoms including drowsiness, seizures, collapse and coma followed by death.

Oleander sap causes skin irritation and severe eye inflammation. People have even died after using oleander twigs as skewers for food to cook on a fire and even the smoke from the burning wood is toxic.

Even with its deadly properties oleander is used as a medicine. The Mesopotamians in 1,500 BC believed in the healing properties of the plant and the ancient Babylonians used a mixture of oleander and licorice root to treat hangovers.

In 1966, while researching in Turkey, Dr Huseyin Ozel found a group of people who had a vastly lower rate of disease than other groups. Their health, they said, was due to a folk remedy made from plants that grew locally. The remedy turned out to be a diluted form of the oleander plant and Dr Ozel soon refined and patented it as Anvirzel. It is also known as Oleander Soup and is used to treat cancer, hepatitis-C, psoriasis, HIV and other conditions.

Also, a slightly different mixture is made into a skin cream and is used to treat of warts and moles.

However, oleander has a silent enemy. During the autumn of 2003, a new disease was detected at garden centres in Valencia and Murcia.

Stems and lateral shoots showed signs of severe blight and defoliation. In some cases this caused the death of the plant. This disease has been previously reported to cause severe damage to oleander in France, California, Italy, and the Netherlands and is caused by a fungus (Phoma exigua var. heteromorpha).

So, if an oleander in your garden has keeled over for no apparent reason, the fungus may well be the culprit…

Clive and Sue launched wildsideholidays.com as an advertising medium for ethically-minded nature holiday businesses in Spain. The aim is to provide an internet site on which people searching for this type of holiday can easily find what they are looking for.

Together with iberianature.com, wildside holidays also run the iberianature forum (www.iberianatureforum.com) – the best online resource for learning about the nature of Iberia. 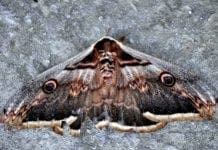