AT least two Guardia Civil officers have been killed by a car bomb in Mallorca.

A further 46 have been injured after a car bomb went off outside Guardia Civil barracks in Burgos, while a third could be imminent.

The attacks mark the 50th anniversary of the group, that was set up by left wing students during Franco´s dictatorship in the 1950s.

The two deaths came after their booby-trapped car exploded near the Marivent Palace, in Palmanova, where Spain´s royal family is currently on holiday.

The blast comes a day after a car bomb targeted a barracks in Burgos, injuring 60 people and blowing off most of the 14-storey building’s facade.

ETA has been blamed for more than 820 deaths during its 50-year campaign for an independent Basque nation.

The security forces have been on the alert since the weekend after receiving information from France that ETA planned “to bring three vans packed with explosives into Spain,” reported El Mundo. 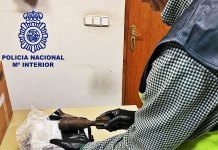 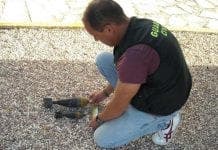