THREE people died from swine flu this weekend to become Andalucia’s first fatalities from the illness.

The victims were all female and each suffered from serious health problems which seriously reduced their ability to fight the disease.

The total number of deaths in Spain from the highly-contagious disease has now reached 15.

The first victim was a 39-year-old pregnant woman from Morocco who was originally admitted to hospital in Sevilla with hepatitis.

Her condition quickly worsened, forcing doctors at the Hospital de Valme to perform an emergency Caesarean due to fears over her unborn baby.

“The total number of deaths in Spain from the highly-contagious disease has now reached 15.”

The baby was successfully delivered without the virus, however, the mother died later in intensive care.
Her two other children also contracted the illness but have reportedly made a full recovery.

The second death came shortly later on Saturday afternoon at the Punta de Europa Hospital in Algeciras.
The 50-year-old woman had a history of other, undisclosed, health problems.

And less than 24 hours later, it emerged that a third woman, 20, had died in the San Cecilo Hospital in Granada.

She was admitted to hospital last Wednesday, and is understood to have been dangerously obese. 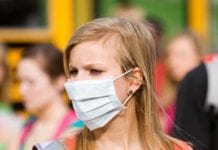