‘LIES, damn lies and statistics’, as Mark Twain once said.

And the sad, tawdry truth about English publishing in Spain is there are more hatchet men and charlatans out there than in the timeshare business.

Massaging the numbers has become a team sport over the last few years, and what you read is anything but what you get.

Indeed, since putting our printing bill in the paper last issue we have been inundated with emails and calls confirming our beliefs: Everyone, it seems, is up to it.

So unpopular has grown one free paper over recent years that its distributors joke about it being “pick up day” when the paper goes out each week, because there are so many left from the previous issue.

It is not just a few thousand extra copies here and a few thousand extra there, we have discovered that one well known magazine is printing just a third – yes, a THIRD – of what it claims, while one ‘leading’ paper has recently halved its distribution in the Guadalhorce Valley, naturally without a mention to its readers or, more importantly, advertisers.

So unpopular has grown one free paper over recent years that its distributors joke about it being “pick up day” when the paper goes out each week, because there are so many left from the previous issue.

Not so at the Olive Press, where our returns number less than 0.5 per cent.

Heavily oversubscribed, we get calls and emails daily asking us for more papers and new distribution points.
It is hard to keep up with the demand, and the reason why is quite simple.

The Olive Press is the only paper in Spain that has a team of trained journalists.

We don’t look for ‘translators’, masquerading as reporters, to steal stories from the mainstream Spanish press.

We don’t turn out turgid copy with hackneyed boring headlines to send even the local vicar to sleep.

Our team of former Fleet Street hacks, BBC reporters and magazine freelancers make the news and set the agenda!

Classic gumshoe reporting sees the Olive Press breaking the news and reporting on things that matter for the millions of expatriates who have chosen to base themselves in southern Spain.

Producing a fortnightly diet of incisive news reporting, well-crafted features and in-depth specials puts us miles above the opposition.

It’s up, up and away indeed, with the prestigious Rough Guide to Andalucia recently describing us as “southern Spain’s best English newspaper”.

January has not only been twice as good as last year, but it has also been our best month in four years on the internet, achieving record viewing figures of nearly 50,000 visits.

To celebrate our growth we are printing an extra 1,000 papers for Marbella this issue, taking our total each fortnight to 13,500 copies.

The Olive Press is aiming to support a much-maligned town that is finally starting to reinvent itself after two decades of criminal leadership.

The heart of Spain’s tourist industry, we don’t doubt that with careful planning Marbella can see greatness again.

In it, our team of reporters will be looking to snuffle out the most interesting, useful and pertinent stories from around the region, as well as help to promote local businesses.

We are also introducing a brand new property section, Back on the Market, to celebrate the fact that the property market is finally moving again.

A superb vehicle for advertisers to start to look for clients again, we hope you will join us, particularly with our six ads for the price of four deal available right through to Easter.

And don’t forget later in the Spring the Olive Press will be bringing out its third Green Guide, the Guia Verde 2010, which will be bigger and brighter than ever before.

There is so much going on at the Olive Press. Join our success story and make sure you don’t get blown down the street with all the other boring free papers!

yours,
Jon Clarke,
Editor and publisher 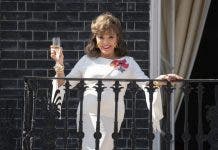