AFTER a series of setbacks akin to that of a Monty Python sketch, Terry Gilliam has announced he is resuming his epic about Spanish adventuror Don Quixote.

Abandoned ten years ago, the new movie is set to star Johnny Depp and Robert Duvall, with filming due to start this autumn.

The former Monty Python star Gilliam, 69, first tried to make The Man who killed Don Quixote in 2000 but the production was stopped within a week after a series of misfortunes.

The fatal blow came when a serious hernia injury ruled out leading actor, Frenchman Jean Rochefort, from riding a horse – crucial to the role.

They even packed Rochefort off for seven months of English classes in order to play the Iberian legend in English.

Before the disastrous injury noisy fighter jets had wrecked the first day of filming with flash floods washing away all of the crew’s equipment the very next day.

Gilliam tried to carry on but the loss of his lead actor proved a bridge too far and production was stopped.

Famously recorded in the documentary, Lost in La Mancha, it was dubbed “the film that didn’t want to be made”.

But brave Gilliam is going after the Holy Grail of film once more. 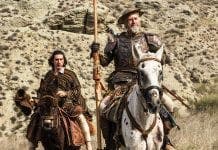 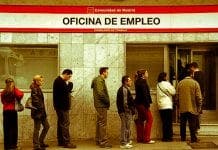