A BRAWL erupted when a group of Muslims tried to pray outside Cordoba’s former Great Mosque.

Two Muslim tourists were arrested for breaking an ancient ban imposed by the Roman Catholic Church.

While taking a tour of the historic building – which became a cathedral in the 13th century – six Muslims controversially knelt down to pray.

Security guards “invited them to continue with their tour or leave the building”, but when they refused, a scuffle broke out seriously injuring two security guards.

One of the men, part of a tour of 118 Austrian Muslims, pulled out a knife.

The group of six appeared before a Cordoba judge after being charged with disturbing public order.

Catholic authorities condemned the incident: “They provoked in an organised fashion a deplorable episode of violence.”

Alexander Osman, spokesman for the the Association of Young Austrian Muslims, said: “We would like to sincerely apologise to the Christian authorities for what happened.”

Muslim organisations have long campaigned for the right to pray in what was once one of the biggest mosques in the world.

But the Bishop of Cordoba recently reinforced a ban on Muslims praying in any part of the 24,000 square-metre building.

The Great Mosque of Cordoba was captured by King Ferdinand III in 1236 after he reclaimed the city from the Moors. 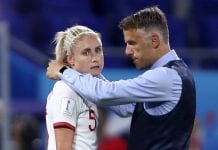 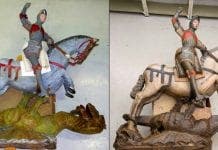 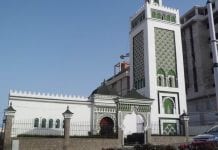 Shots fired at mosque in Spain