NEXT week, 16 cities from every corner of Spain will fight it out to be crowned European Capital of Culture 2016.

The title, which will be shared by a Polish city, is highly-coveted and competition is fierce.

Between September 28 and 30, the Spanish cities will present their candidacies before a European jury of 13 members.

Then, over the next few weeks the panel will create a shortlist of five cities to enter into the second phrase, with the final decision taken by mid 2012.

In a country with so much diverse culture, which city has what it takes to represent Spain?

Here, the Olive Press runs a rule over the 16 cities listing their strengths.

Malaga… for its festivals

Up first is our very own Malaga, home of legendary artist Pablo Picasso and all round decent spot.

The Picasso museum alone puts the city in a powerful spot to take the title, presenting 204 of the artist’s engravings, sculptures and paintings in its permanent collection at the actual home of Picasso.

But, a bit of a party city, Malaga is also known for having one of the largest number of annual festivals.

Not only does it host the inevitable Semana Santa and August ferias, but it is also home to a theatre festival in January, a film festival in March, beach concerts throughout July and a jazz festival in November.

Add to this the star-studded shows at Teatro Cervantes, and you get your culture handed to you on a plate.

Cordoba… for its multiculturalism

As the second Andalucian city in the shortlist, Cordoba’s claim to fame is that it is one of the most multi cultural cities in Spain.

So much so that the whole town is a World Heritage site because of its long history, and its symbol – the Mosque-Cathedral.

Cordoba’s culture really comes to life in May, when most tourists visit the town to see the famous flower festivals.

Visitors flock to see the Battle of the Flowers, a procession of carriages through the town which engage in a friendly battle by throwing flowers at each other.

Through this month, the city is full of crosses made from flowers.

But, even without its colourful festivals, the city’s indelible history – showcased in the many ancient buildings – is its crowning glory. 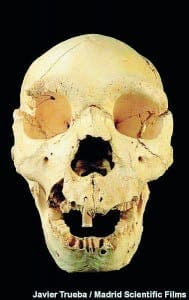 Burgos… for its archaeology

As one of the country’s oldest towns, Burgos is the home of some of the most ancient cultures in Spain.

Burgos museum hosts some of the oldest and rarest artefacts and you cannot fail to learn all about the history of the Castille y Leon region and of the Pheonicians and Romans who occupied much of this area.

Nearby Clunia is a major archaeological dig-site where experts have uncovered a whole Roman city and a theatre which is almost completely in tact.

With a thriving Flamenco tradition, the town is known for its dance.

The Blue Lycra Jig is a completely unique variation of Flamenco which is unique to the town.

And it is taken very seriously, with the town’s mayor and chief of police currently some of its best protagonists!

strong>Alcalá de Henares… for its history

As birthplace of Cervantes and Catherine of Aragon, the history of Alcalá is its crowning glory – one rich in the fields of religion, politics, and literature.

The town was also home to the meeting between Christopher Columbus and King Ferdinand and Queen Isabel.

Arguably without that meeting, Spain would not be as it is today.

Alcalá was a vital city for both the Roman and the Arab civilizations, and a cultural focal point during the Spanish Golden Age. 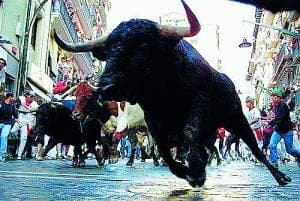 Pamplona… for its bulls

No mention of Pamplona goes by without an ackowledgement of the San Fermin festival in July. In fact, it is the reason why the little but lively town is so famous worldwide.

If we are looking for a city that sums up the traditional Spain as seen by outsiders, Pamplona would be the obvious choice as host of the most popular bull festival in the country.

But the town has much more to offer than this single festival.

The town is a place where Spanish and Basque people merge and, with the Basque being known as ‘Spain’s most musical people’, the town has a multicultural music scene including a large municipal
band, as well as several choirs and orchestras.

For a small town, it clearly likes to make a big noise.

Tarragona… for its food

They say the way to a man’s heart is through his stomach, and Tarragona is hoping that this is true in its bid to be the Capital of Culture.

For this city is not just famous for its gastronomic culture and love of food, but it is even hosting a food photo festival at the end of this month.

According to Tarragona’s Capital of Culture committee, there is no other realm of human culture that is as influenced by photography as food, and, in the Baroque period, still-life paintings featuring food were seen as the highest expression of human culture.

It is not just famous for its brilliant beaches and amazing food, some of the world’s best.

Its eighth annual festival, which took place in April, hosted many international releases and pre-releases of influential human rights films from around the world. 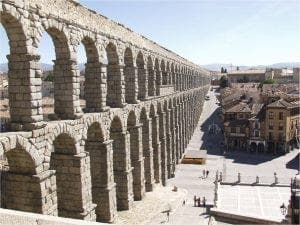 Segovia… for its literature

The city is currently hosting its annual Festival of Storytellers, which brings together writers, narrators, environmentalists, poets, business leaders and lecturers who share their stories about the long history of this cultural town.

So popular, it has been named the ‘most provocative festival in Spain’ by El Mundo.

Oviedo… for its music

The capital of Asturias, Oviedo is known for its love of music, with a busy opera season, piano concerts and a symphony orchestra which has some of the most renowned line-ups and directors of the moment.

And it doesn’t stop there.

The city also boasts adult and youth bagpipe groups and a Philharmonic society which has just celebrated its 100th birthday.

It is for all these cultural reasons that US actor Woody Allen recently agreed to promote it in a publicity campaign. 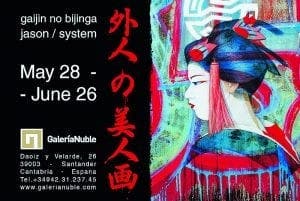 Santander… for its art

The International Festival of Santander forms a major part of the city’s bid, and it has really gone to town.

Santander has cleverly incorporated its love of art with the art of Poland, the country Spain will share the ECC with in 2016.

Throughout the year it has had a packed programme of art events incorporating everything from painting, photography, sculpture and even performing arts, and inviting Polish artists to take part in their European Light Festival – the only festival of its kind here in Spain.

The festival has been held previously in high profile cities like Bordeaux, Milan and Athens and is sure to put Santander in a good position as a cultural hub.

Zaragoza… for its folklore

This city hosts the International Folklore Festival, which aims to teach about the folklore of different countries, including a showcase of traditional world costumes.

Zaragoza’s Fiesta del Pilar in October centres around the city’s own folklore and honours its patroness the Virgin of Pilar.

Cuenca… for its religion

Known as a major culture hub, Cuenca’s Holy Week celebrations are some of the best in the country.

Celebrated since 1962, the festival includes solemn processions of floats bearing scenes from the Passion of Christ, and hosts compositions of sacred music performed by internationally renowned orchestras and choirs. 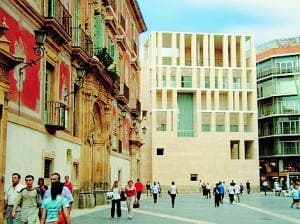 Murcia… for its agriculture

Called Europe’s orchard, Murcia has a long agricultural tradition and is a major exporter of fruit and vegetables.

The city’s lemons and oranges can be found in supermarkets throughout Europe, and the area also has more than 100,000 acres of vineyards.

It also has an amazingly stylish new town hall.

Las Baleares… for its nightlife

The night life of the Balearic islands is second to none.

The centre of the clubbing network, Ibiza, is popular with revellers around the world, and puts Las Baleares on the map as one of the best destinations in the world for a 24-7 party scene.

Las Palmas… for its theatre

Hosting the Carnival of Las Palmas, the city celebrates its important theatrical tradition.

Las Palmas’ love for theatre is evident in the number of theatres dotted around the city, one of which, Theatre of Perez Galdos, was built in 1867.