ALMOST a decade after the horrific attack, a rape case involving a British woman is being reopened, thanks to new DNA evidence.

Police said two Spanish brothers who were brought in recently over a separate incident were routinely scanned for matches and the database flagged up a link to the brutal rape.

Now they and a third man, their cousin, have all been arrested over the gang attack that took place in November 2001.

The woman, who was 33 at the time, left a nightclub in Puerto Marina, Benalmádena with the three men she had met earlier that evening, but they then took her to waste land in Torremolinos and after drugging her, repeatedly raped her at knife point.

DNA evidence was found on the clothes of the victim at the time but no match could be found in the police database and detectives were unable to trace the perpetrators.

But now, it has been confirmed that two Spanish brothers were involved in the rape and one of their cousins is also implicated.

Police said of the arrests of the 31 and 32 year old brothers: “They were possible thanks to a biological profile obtained following the arrest for other criminal offences.” 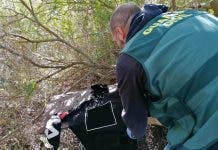