A new broom is sweeping clean – quite literally – at the soon-to-be-renamed Hotel Montejaque (formerly El Elefante Amarillo), located in the village square of this pretty pueblo blanco in Andalucia.

ON the first Wednesday of every month, the village of Montejaque holds what we foreign residents like to call ‘big basura day’ … when anything broken, worn out or unwanted (apart from our spouses) can be put out for collection.

New co-owner of the hotel, Michael Asher, was keen to get rid of a great deal of the stained and broken furniture, appliances and accessories that he had inherited on taking over the hotel in mid-June. So keen was he, in fact, that he started putting it out at 6:00 p.m. on the Tuesday evening, only to be told by the local policeman that he couldn’t do so until after 8:00 p.m.  – and that he wasn’t to block access to the street where the bins were located.

Michael was therefore somewhat reluctant to put out everything that he and his ‘work-aways’ (students who work at the hotel 25 hours a week for room and board) had discovered in the various store-rooms; he decided to keep some of it back for the following month’s big basura day, and even took some items to another pick-up location, so as not to block the street.

At 8:15 p.m., most of the crooked picture frames and spotted mirrors had been snaffled by the local residents. A young man came into the hotel to confirm that all of the basura was indeed ‘free for the taking’. When this was established, he made a call on his cell ‘phone … and, minutes’ later, a large lorry with a hydraulic lift pulled into the square. Away went the broken washing machine, steel shelving and a number of other unidentifiable large metal objects.

“Quick!” someone hissed. “Show him the broken stove and the tapas fridge, and anything else metal.”

Yes, the scrap metal merchant wanted these, too, as well as a non-functioning cigarette machine. In fact, so much was taken away that the work-aways were then able to put out all the other basura, including stained mattresses, garden furniture and plastic chairs … a lot of which was also snapped up by the bargain-hunting locals.

By 9:30 p.m., Michael was beaming from ear to ear. “I have their ‘phone number,” he said ecstatically (referring to the scrap metal merchant), confident that even more broken appliances would be found in the coming weeks.

Getting rid of the big basura has been only a small step in the renovations being undertaken at the Hotel Montejaque. The swimming pool has been drained, repaired and repainted; the patio surrounding it is flower-filled, and the bleached outdoor furniture painted in blue, terracotta and dark green; all of the bedrooms will be getting a make-over; and the front of the hotel will soon have a fresh coat of paint and new signage.

Most important of all, however, is that the hotel is now open at all hours, seven days a week, for guests, village residents and visitors. Breakfast is available 10-12, tapas dishes (priced from a Euro) from 12 to 8, and a 3-course ‘menu del dia’ (priced at 15 Euros) from 8 to 10 p.m.

“It’s still a learning experience, and we’re taking each day at a time,” says Michael. “But we hope that the Hotel Montejaque will soon meet our goal of offering 3-star boutique accommodation, meals and services that attract not only world-wide visitors but also local and foreign residents.”

It’s great to see that this new broom is sweeping clean. 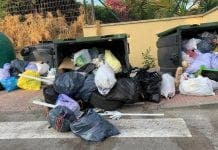 You can now be fined €3,000 for not using bins properly on the Costa del Sol 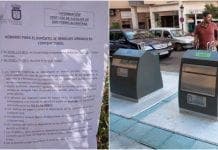 Fines of up to €3,000 for littering in Marbella town 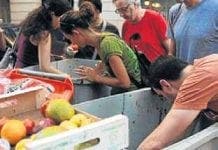