THOSE of us who have been here long enough have been burnt before. We’ve bought tickets for top class entertainers due to perform on the Coast, and been disappointed when the show’s been cancelled due to the promotor’s untimely bankruptcy, the venue’s health and safety disasters or the entertainer’s tantrums.

So, I have to confess, that I wasn’t the first visitor to log onto the booking sites when I heard about this summer’s line up. Or even the last. Usually relied upon by friends and family to rally the troops and organise ticket buying, I unwittingly developed an alternative tactic for this summer – competitions. And it appears that I may have been one of the few, as I haven’t done too badly and I’m not known for my lucky winning streak.

To me, Peter André performing in Marbella was only ever going to be a free ticket thing. Bizarrely some came my way one hour before kick off but by then I was already committed to a cinema date with Harry Potter. I missed out on Jamiroquai in Malaga but as I lost money on tickets to his concert in Mijas a few years back, I think perhaps my subconscious was making a stand. Admittedly, I would have loved to have seen Jamie Cullum and may even have been persuaded to buy tickets for his show at Fuengirola castle, if only my beloved had been keener to leave his wallet lying around. It wasn’t to be and, apparently, we really missed out as it is reported to have been a fantastic concert.

A couple of friends then did cajole me in to handing over cash for A Night with Queen (tribute, of course) but by then my luck had started to change. Although I vaguely remembered having clicked on a link here and there to win tickets, it wasn’t until an hour after I bought the tickets (the night before the concert) that I received a lovely email from My Destination Info Marbella to say that I had won two freebie tickets plus, even more excitingly, a meal for two at Hard Rock Cafe Marbella (now you know where my aforementioned beloved will be taking me for my birthday dinner). Having already bought our tickets I coerced two more friends to join us who, hilariously, didn’t really want to go and so left before half time. Ho hum!

The venue was Playa del Pinillo in Marbella, where a stage has been custom built for the various concerts and performances taking place this summer. Very romantic with the sand, the sea and the sunset but perhaps not enclosed enough to provide a real concert crush experience.

The opposite was true at the venue for The Earth, Wind and Fire Experience which was much better. The structure of the tennis courts at Hotel Puente Romano forces the audience to be crammed in to a more compact space and provides a much more intimate concert experience. Even when the man standing next to you insists on wedging his elbow into your ribs throughout to ensure you don’t encroach on his self allocated space. Still, beggars can’t be choosers and we were delighted to be able to attend the concert courtesy of a competition win on Costa del Sol Total‘s site which I visited for the first time the week before the performance. Hmmm.

And Marbella’s month of music continues with more big name acts still to come. Tom Jones performs his sexy hip thrusting set at the Puente Romano tennis courts on 18th August and Soul II Soul, for their second gig in Marbella this year, will be entertaining the beach set at Buddha Beach on 20th August. The Marbella Raggae Festival takes place at Playa del Pinillo on 19th August while Kid Creole and the Coconuts, teaming up with Sophie Ellis Bextor, will be aiming to get the Nikki Beach gods and goddess up on their Jimmy Choos for a boogy on 25th August. 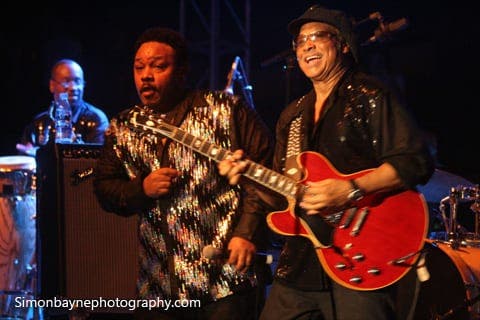 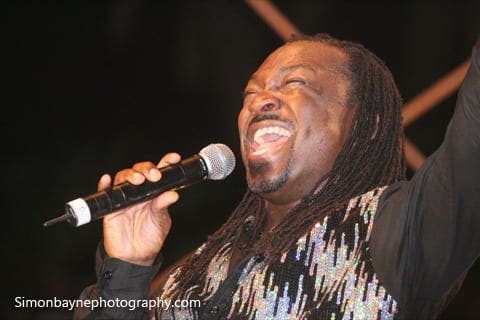 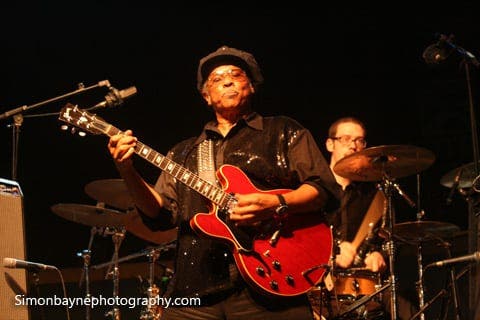 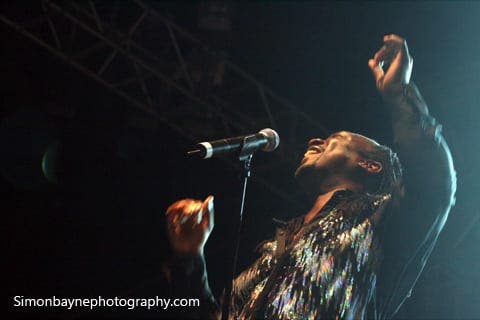