THE olive tree was cultivated before the written language was even invented.

And appropriately, when words finally did start tumbling out in ancient Greece, chroniclers such as Homer described its produce as ‘liquid gold’.

Today, that precious elixir – olive oil – is becoming increasingly popular the world over, highly-prized not only for its health benefits, but also for its wonderful flavour best associated with the Mediterranean diet.

And it is no surprise that the oils that come from Andalucia are increasingly being recognised for their quality.

Even in Italy, the 2012 Flos Olei guide lists three Andalucian producers in the Top 20. 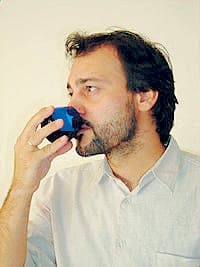 “Spain has been the world’s number one olive oil producer for years, as statistical data clearly shows,” explains Oreggia. “But this is in terms of volume; these quantities in most cases do not reflect quality.”

This is perhaps why a total of nine Italian oils sit in the Top 20.

That said, there are 48 Spanish producers that get a mention in the guide which lists 461 top producers from 43 different countries around the world as far away as Australia and Japan.

“Our philosophy is simply about the best quality,” explains Oreggia. “We simply want to inform the consumer about the world’s best producers, wherever they are from.”

So what is it that makes a really good olive oil?

According to the experts, just like fine wine, the flavour, colour, and consistency of olive oils vary and are determined by a wide range of factors including the type of olive, ripeness, growing conditions, crop maintenance, the handling of fruit from tree to mill, and the milling process itself.

Moreover, every region raises its own varieties of olives and each kind of olive comes with its own innate flavour.

From now until February you are sure to see people all around Andalucia joining in the centuries-old tradition of picking the precious fruit.

And particularly in the smaller groves the harvest is very much a family affair, with young and old alike spending their weekends gathering olives to be turned into olive oil.

These days the harvest in Andalucia produces nearly 80 per cent of all Spain’s olive oil, the staple of the Mediterranean diet.

And four of the six special appellations (or DOs) awarded by the Spanish authorities in recognition of exceptional quality extra virgin olive oil belong to the region.

But what actually is extra virgin olive oil and what makes it better than all the rest?

Well, extra virgin olive oil, considered the finest, fruitiest and thus the most expensive, is the result of the first pressing of the olives and is ‘cold-pressed’.

This is a chemical-free process using only pressure to produce a higher quality of olive oil which is naturally lower in acidity – less than 0.8 per cent.

In comparison, virgin olive oil is also a first-press oil but has a slightly higher acidity level of between one and three per cent.

And light olive oil is refined oil which is lighter in colour, not, despite what the non-discerning consumer may think, with less fat.

It also has essentially no flavour and a higher smoking point making it good for high-heat cooking, unlike extra virgin oil which is best drizzled over salads.

So far so good – but there is one more thing to consider.

Through the use of technology, there are now some producers who can take lesser quality oil and chemically remove the acidity, so it officially becomes ‘extra virgin’ but is of a much lower quality and has a very different taste.

So how do the experts choose what’s best?

As part of the Flos Orei competition a panel of experts tasted over 600 extra virgin olive oils from around the world, giving each one a numeric ranking between zero and 100.

Their ratings are based on the official tasting methods created by the International Olive Council, set up in 1959 by the United Nations, based on trained tasters recognizing the absence or presence of specific positive and negative qualities.

“The way the tastings are organised isn’t for the tasters, but for the oil,” Oreggia says.

It’s important to begin with the lightest oils and work up to more intense fruity oils, much like one would go about tasting wine.

But he explains oil and wine are very different.

“The tasting vocabulary used to describe the aromatic spectrum for oil is much simpler than for wine, however oil is much more complex to taste.”

Moreover, the colour of the oil is not taken into consideration which is why tasters use a small blue glass to taste the oil, eliminating colour as a factor.

The standard tasting process is to pour a small amount into a glass and raise the temperature of the oil by placing one hand over the top and swirling it back and forth to release the aroma.

Slurping emulsifies the oil helping it to spread throughout your mouth

Then, after smelling the oil several times, take a small sip and hold it on your tongue while sucking in and letting air pass over the oil.

According to the experts this method of ‘slurping’ emulsifies the oil helping it to spread throughout your mouth and giving you the chance to savor every nuance of flavor.

Finally, you must swallow the oil, paying attention to see if it leaves a stinging sensation in your throat.

Only then can you experience the full ‘organoleptic’ qualities of the oil and make a judgment about its quality and elaborate its flavour attributes.

Of course, to some extent rating anything as the best is always subjective.

And the consensus from the experts seems to be you need to taste a great olive oil against an ordinary one, and experience the difference for yourself.

So what are you waiting for? Three of the world’s best olive oils are right here on your doorstep. Go out on a liquid gold hunt!