A BRITISH pensioner is being forced to return to the UK for knee surgery after waiting almost a year in Spain.

Ian Dennis, 74, who lives in Casarabonela, has no cartilage between the lower and upper part of his leg and cannot walk without the aid of crutches.

He was told by specialists in April 2011 he needed a double knee replacement, and was assured he would be seen within six months at the Virgen de la Victoria Hospital in Malaga.

Nine months later however, in January 2012, Belfast-born Dennis was still waiting – and to his horror was told his op would be delayed by another six to nine months.

“It’s so frustrating,” said Dennis, who can only sleep dosed up on painkillers.

“After all that time waiting, they said it is going to be at least another six months.”

Dennis, who previously worked as a senior supervisor for Swedish ball-bearing manufacturer SKF in Luton, has decided to go to England where the NHS have told him he will be operated on within four months.

“Imagine, after all this time, I could have gone back to the UK at the start and had the operation long ago.

“It’s so unfair – I pay taxes here as well as in the UK,” explained Dennis, who moved to Spain 10 years ago.

“I can’t help thinking I’ve been pushed to the back of the queue because I’m English,” he added.

When the Olive Press contacted the Virgen de la Victoria Hospital, a spokesman struggled to locate Dennis’ records despite being provided with his name, NIE number and date of birth.

When pushed, the hospital found Dennis’ file and insisted his knee surgery would be scheduled within a month. 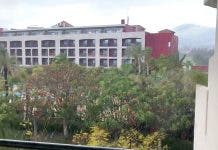