It was appropriately where the Oscar-nominated 1959 blockbuster Journey to the Centre of the Earth was filmed.

Telling the story of an Edinburgh professor who goes deep into a volcano, few places in the world have an atmosphere quite like Aracena’s Grutas de las Maravillas.

Also used as the setting for other Hollywood movies including Tarzan, incredibly this marvellous cave complex has now been open for nearly 100 years.

Indeed, the haunting site has been wowing thousands of tourists each year since 1914, when it was first opened.

“It has been an incredibly big draw since then,” explains local mayor Manuel Guerra. “With everyone from kings to celebrities being regular visitors.”

To create this dream-like underworld, nature has worked silently for 550 million years forming 12 chambers and six underground lakes which can be explored through tunnels on a one kilometre route over three levels.

The shapes are formed when carbonate-based rocks come into contact with water and start to dissolve.

The resulting rock formations are truly remarkable, with stalactites and stalagmites creating wonderful shapes ranging from the delicate to the spiky – and not to mention the distinctly phallic.

Visitors will marvel at the bulbous shapes in the once-flooded ‘Chickpea Chamber’, and the intricate formations in the Chamber of God’s Crystal, a vault that was formed some 50,000 years ago.

Locals referred to the caverns as a ‘water well covered in snow’ due to the white formations – from which the street at the cave entrance takes its name, Calle Pozo de la Nieve. 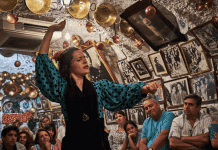 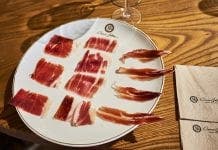 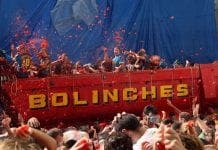