SUSPICIOUS ‘loans’ and a 125,000 euro payment for advertising are at the centre of a corruption investigation at Ronda Town Hall.

It has emerged that the ‘City of Dreams’ former mayor Antonio Marin Lara had an ‘unhealthy’ relationship with businesses over the granting of permissions.

In particular, the judge in the so-called Acinipo case believes he was involved in the sale of a plot of land for 1.8m euros that was later sold for 17m euros.

The plot in question was sold by Ronda Town Hall then passed on to developers to build a shopping centre.

Judge Saiz believes there are various irregularities involving the reclassification of land for the Eroski centre.

It emerged Lara had acquired two flats in Ronda and one in Marbella at the same time. He had also bought a brand new BMW and deposited 100,000 euros in cash in his bank account.

The judge is also looking at the infamous Los Merinos golf development, a hotel development and the construction of a car park.

The investigation was launched after a series of denuncias led to former mayor’s phone being bugged.

He and two other ex-councillors, as well as three businessmen, were arrested last year.

Now the judge has partially lifted a gagging order and released over 1000 documents.

Among them is proof of a 125,000 euro payment to Marin Lara by Los Merinos developers, which paid for his town hall newspaper La Gaceta de Ronda.

The judge is also looking at a number of ‘loans’ taken out by Lara and his wife. 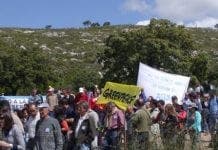 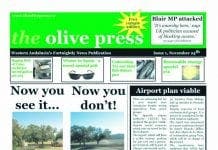