CEREAL production in Malaga province has been drastically affected by the dry weather.

It has cost farmers an estimated 10 million euros in lost revenue – partly because only 20 per cent of them are insured against drought.

Farming association ASAJA confirmed that half the cereal yield is thought to be affected by the severe lack of rain. 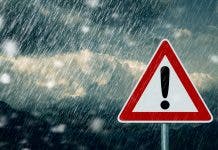