AND so Gibraltar’s airport tunnel saga rumbles on.

It seemed ready for lift-off after building firm OHL was handed a lucrative £34.1 million deal by the previous administration in 2008.

But despite a promising start, the project has crashed and burned with news that the company is to sue the government for £20 million over an alleged breach of contract.

While the two sides engage in a concerted bout of finger-pointing, the long-suffering Gibraltar public is forced to continue spending its time stuck in long, tedious queues at the border.

If those involved concentrated their efforts on getting the scheme completed, the Rock would instantly become a more accessible place to visit and would show the government’s commitment to progress.

All anyone wants is for a concerted effort to get the project finished so that Gibraltar can start reaping the economic benefits of first class infrastructure that avoids the sort of log jams that must surely put off potential investors from visiting. 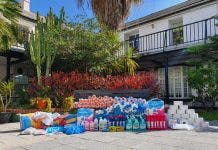