TIMESHARE entrepreneur Toni Muldoon will appear before a judge in the UK today charged with two counts of conspiracy to defraud.

The 65-year-old is being held in connection with an alleged €7.4 million internet escort and debt elimination scam said to involve 15,000 victims in the UK.

He was arrested in Fuengirola last month following a long-running investigation led by police and trading standards in Suffolk.

Muldoon was remanded in custody after appearing before magistrates for an initial hearing on June 16 with the case now been referred to Ipswich Crown Court. 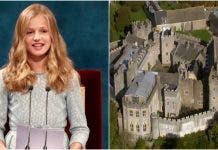