DIESEL exhaust fumes are a major cancer risk and are as deadly as asbestos and arsenic, according to the World Health Organisation (WHO).

Experts have now reclassified diesel fumes from ‘probable’ carcinogens to a group of substances that have definite links to cancer.

The decision was unanimous and based on ‘compelling’ scientific evidence, according to the International Agency for Research on Cancer (IARC), part of the WHO.

Among the evidence reviewed was research showing that regular exposure to diesel fumes is as likely to cause cancer as passive smoking.

“The working group found that diesel exhaust is a cause of lung cancer and also noted a positive association with an increased risk of bladder cancer,” said an IARC statement. 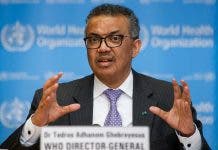