EARLY works of Pablo Picasso will be on display as part of a temporary exhibition.

The Museo Picasso Malaga museum, in Malaga city, will be exhibiting the works of art from February 25 to June 9.

‘Picasso of Malaga, Earliest Works’ will include 55 pieces of the artist’s work alongside 65 pieces by other artists as well as documentary material. 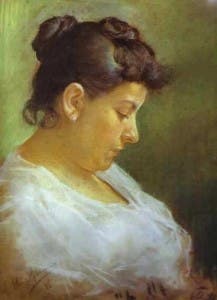 Picasso, one of the founders of the 20th Century avant-garde art movement cubism, was born in Malaga in 1881.

A spokesman for the museum said: “The exhibition puts into context a significant collection of works from the artist’s childhood and youth, with photographs, maps, objects and documents that show what the town was like during its transition between two centuries.

“This was where he lived with his family, and where other artists worked, such as José Denis Belgrano, Antonio Muñoz Degrain, or Picasso’s own father, José Ruiz Blasco, a selection of whose works are also on display.”

Celebrating Pablo: Year of events to mark the 50th anniversary of Picasso’s death launched in Madrid

PICASSO: Spain’s most famous artist was a rogue when it came to love