CALLS to change the law on mortgages, which has led to the suicide of several homeowners, have intensified throughout Spain.

Francisco Lema, an unemployed 36-year-old builder from Cordoba is the fourth homeowner this month to take his own life after being threatened with eviction.

The house he built himself had been repossessed, leaving a debt of €22,000 on his mortgage.

It is thought he jumped off the balcony of his repossessed home after dropping his eight-year-old daughter off at school.

In Britain, if you default on your mortgage you can write off the debt left over through personal bankruptcy.

In Spain, however, homeowners remain liable even after the bank has repossessed the property.

The campaign group, Stop Evictions Cordoba, is calling for forced evictions to stop and for a solution be made with the banks following Mr Lema’s untimely death.

Thousands of Spaniards bearing placards and banners took to the streets in 50 cities around the country on February 16 to protest against forced evictions.

A petition with more than 1.5 million signatures this month persuaded parliament to debate the possibility of cancelling mortgage debt once a home is handed back to the bank.

So far, nearly 400,000 properties have been repossessed by banks since the 2008 housing crash, and the number is rising.

Firefighters have now joined the campaign by refusing to open the door of homes being repossessed.

Have you been affected by the forced evictions? Contact Olive Press at newsdesk@theolivepress.es. 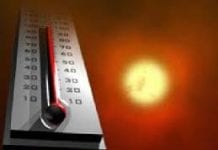