SITTING in the comfortable reception area at Cudeca’s headquarters in Benalmadena feels more like a hotel than a hospice with its brightly-coloured walls and a charming little courtyard garden which exudes an overbearing sense of peace and tranquility.

Then I was struck by the sudden reality that for most patients this will be the place where they say their final farewells and take their very last breath.

This is all brought home talking to retired nursing director Susan Hannam, 66, as we sit in a quiet corner of a space dedicated as a chapel, with stained glass windows and a cross on the wall.

In a softly spoken Yorkshire burr, she begins to tell me her story of her two decades working at the sharp end of palliative care on the Costa del Sol.

I was immediately lost for words.

Skipton-raised Susan, who trained as a nurse in Leeds, got involved in the hospice via her neighbour Joan Hunt, 84, whose husband Fred died of cancer in the 1970s.

No longer able to look after Fred, Joan was helped by the Red Cross Hospital, in Malaga, but was devastated she could not look after him at home.

So with the flower money from his funeral, Joan bought curtains and bed spreads to donate to the Hospice Movement and started fundraising to start a charity of her own.

By 1992 Cudeca, an acronym for Cuidados del Cancer or in English ‘Cancer Care’, was officially registered and Joan’s dream to help other terminally ill patients die at home began.

By 1995 they had raised enough money to start building on a plot donated by Benalmadena Town Hall and since opening in 2000, they are the only hospice in Spain, providing palliative care for the terminally ill, either at home or in their inpatients centre.

Susan, who still volunteers with Cudeca, was astonished at how fast the hospice grew, particularly after the Spanish Health Service recognised how important the movement was.

“When somebody is going through a terminal illness the doctors only see the illness but we are looking at the whole situation that the patient and family are going through and make them as comfortable as possible,” explains the mother-of-two, who has two grandchildren.

“Suffering is something that we cannot get rid of but we can make it easier.”

The team provides everything from counselling to specialist treatment and focuses on the patients and their families as a whole.

“Cancer was a taboo subject when we first started but now people are more open because one in every three people have been touched by it,” Susan added.

The charity has four home care teams who support at least 170 patients at a time and a helpline that is open 365 days a year.

And with the huge network of support and care provided by Cudeca, it’s easy to forget the cost of running it.

Susan explains: “People do not realise that we have a budget of €3million a year and that we need to raise that.

“We are in a bad year this year because we have a deficit and it is the community that have supported us and we really need them to carry on supporting.”

Around 30% of Cudeca’s income comes from the 12 shops they operate with the help of 640 volunteers.

They also have annual events such as the walkathon in May and a ‘Light a Light’ night at Christmas when bereaved families can return to the hospice and light a candle in remembrance of their loved ones.

But the talk of the Costa del Sol at the moment is the charity’s forthcoming annual Telethon this Friday.

The Olive Press is once again exclusive sponsor for the event which will be hosted by Talk Radio Europe in San Pedro and is offering charity lots which listeners can bid on.

With everything from rounds of golf with football stars to luxury weekend breaks, it is hoped that the day will raise at least €25,000.

This is the magic number needed to pay for one auxiliary nurse in their inpatients department as well as to help support their home care teams.

Susan, who has lived in Benalmadena for 40 years, could not stress more how important the Telethon is and how the event brings in vital funds every year.

“I am really praying it will be a good day,” she continues.

Her ultimate dream would be to open a children’s hospice too.

“We get people as young as 17 coming here but we don’t really take the younger children and if we had more money we would love to do a lot more for them,” she adds.

It’s clear Susan’s passion for the project will never end. She herself suffered from breast cancer ten years ago, while both her mother and mother-in-law died from it.

“You never think it’s going to touch you, that you are going to need the care of a hospice and it’s only afterwards that you realise.”

So to make a difference why not get involved in the Telethon? – you never know when you might need Cudeca.

For more information and a full list of lots visit www.tretelethon.com

To donate lots to the the telethon or for more information about Cudeca call Laura Haggis on 952 564 910, email pr@cudeca.org or visit www.cudeca.org.

1. Cudeca has arranged for patients to get married to their partners in their final days.
2. If every patient’s family donated €10 a month, Cudeca would not need to fundraise.
3. Cudeca has seen over 7500 patients since it opened in 1992.
4. 85% of inpatients are Spanish.
5. Many of Cudeca’s volunteers are retired with one lady still helping in her 90s!
6. There is no word for ‘hospice’ in Spanish.
7. Cudeca’s founder Joan Hunt was awarded an OBE in 2002.

LOTS UP FOR GRABS

With 99 lots on the list so far here’s some of our favourites:
Two tickets to the X Factor Tour 2014 worth €150.
Classes for ten months in a group at Bi Lingua worth €865.
Easter Cream Tea with chocolate and cheese worth €35.
A full body massage with essential oils worth €60.
A children’s birthday party in Marbella at Galaxia Play Centre worth €350.
Golf for four at Los Barrancos de la Zagaleta including buggy and drinks worth €500.
An exclusive lesson in how to be a radio presenter including an hour on air with Talk Radio Europe worth €500.
And, last for not least, win a 3-month classified advertising campaign for your business worth €343 in the Olive Press. 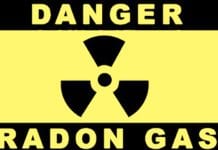