ANDALUCIA could soon boast Spain’s ‘top chef’, after Cadiz’s Angel Leon was short-listed for the title in the prestigious National Gastronomic Awards.

The self-styled ‘chef of the sea’ will be up against Valencia’s Ricard Camarena and Madrid’s Mario Sandoval.

Leon’s Michelin-starred restaurant Aponiente, in El Puerto de Santa Maria, was also recently rated as one of the ten best restaurants in the world by the New York Times.

The famous eatery is renowned for its small portions that allow diners to experience new flavours: ‘the essence of the sea on a plate’.

The winner is to be selected by the Royal Academy of Gastronomy later this summer.

A passionate sailor and fisherman, Leon launched his first book ‘Chef of the Sea’ in December as an accompaniment to a documentary on Canal Sur.

The programmes and more information can be found on his website www.aponiente.com. 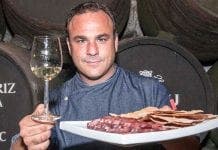 Michelin-Starred chef wins gong for exporting Cadiz around the globe 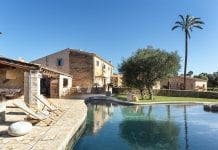 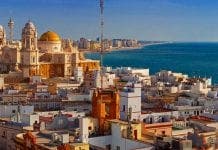