DOCTORS believe that health care cutbacks are putting them at risk of attacks.

There were 205 physical and verbal attacks against health care workers in Malaga province last year, according to the Junta de Andalucia. Of those, only 21 cases reached court.

Twelve of the victims who appeared in court were women and most worked at health centres.

Four attacks were in hospitals, including three in the emergency department.

Doctors are in the firing line because they are the ones who must inform patients about problems or delays created by cuts to services.

Medical staff are encouraged to report any attacks as the aggressors can be prosecuted for attacking a civil servant.

While there are no cases of offenders receiving jail term, many are fined or have to pay compensation. 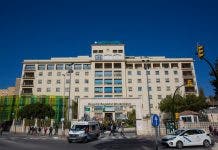