JUST 10 of the UK’s most wanted and dangerous criminals are still on the run in Spain, following the successful arrest of another fugitive on the Operation Captura list.

UK-based Crimestoppers and the Spanish Serious Organised Crime Agency (SOCA) unveiled the campaign in October 2006, and since then have named 65 targeted individuals, two of which were later removed.

The most recent arrest, the 53rd of the operation, was that of Darren O’Flaherty who was detained at the start of August in relation to kidnap and robbery offences, and a separate murder charge.

The agencies are now renewing their appeal for information as they try to track down the remaining outlaws, and are keen to raising awareness of their campaign in areas across Spain with a large British expatriate community.

Roger Critchell, director of operations at Crimestoppers, said: “The recent arrests we have seen have proven again that the cooperation between UK and Spanish law enforcement, SOCA and the public is essential in this fight against crime. It is thanks to them that we only have ten criminals left on this list.”

Anyone with information can pass on information anonymously via the online Giving Information form on the Crimestoppers website, www.crimestoppers.org, or call 900 555 111. 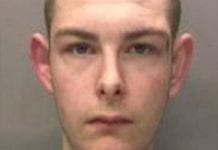 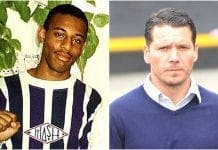