He sang the delights of inland Spain as he addressed dignitaries in Candeleda, his holiday destination of choice near Avila, as the village unveiled a street named after him.

“Most of them come to enjoy your beautiful seaside and island resorts – but I’ve learned differently.

“I would urge them to venture into real Spain.

“They will find not only magnificent cities, part of out common European heritage, but also a whole range of stunningly beautiful towns and villages of which Candeleda is to me, one of the jewels.” 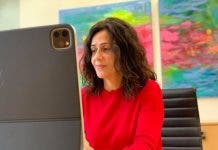