3. VIDEO: Two British-owned homes have been demolished in Spain and two more will come down this week

Two homes owned by Britons have been demolished in Cantoria, Almeria following a court order, while two more are due to be destroyed this week. Read More

4. Have Enrique Iglesias and Anna Kournikova broken up? 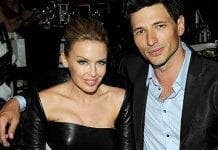 Kylie: Andreas and I to talk with walkie-talkies!