FORGET five-a-day – eating seven daily portions of fruit and vegetables can increase life expectancy and reduce the risk of heart disease, according to research.

Many people struggle to eat five portions of fruit and vegetables a day, but new research suggests that even those who do manage it should be doing more.

Raw vegetables are particularly good at protecting against early death and are especially beneficial for people who drink alcohol, smoke or are obese.

Researchers believe this is because of the antioxidant content of fruit and vegetables, which reduces the oxidative stress caused by drinking alcohol, smoking, and being overweight.

The Spanish study revealed that people who eat seven-a-day live, on average, for more than a year longer than those who do not.

The research found that eating a lot of fruit and vegetables is particularly protective against heart disease.

Scientists at the Andalusian School of Public Health’s Granada Cancer Registry analysed 25,682 deaths among 451,151 people over a 13 year period.

They found that people who ate more than 569 grams of fruit and vegetables – seven portions – a day were 10% less likely to die young and lived, on average, 1.12 years longer than those who ate less than 249 grams a day.

Researchers concluded that almost 3% of deaths could be prevented if everyone ate six or seven portions of fruit and vegetables a day.

Previous research has also shown that if everyone ate their recommended daily allowance of fruit and vegetables, the number of people with chronic diseases would fall and the risk of early death would fall by 10 to 25%.

“There is now sufficient evidence of the beneficial effect of fruit and vegetable consumption in the prevention of cancer and other chronic diseases,” said researcher María José Sánchez Pérez.

“For this reason, one of the most effective preventative measures is promoting their consumption in the population.”

The study also established that people who eat a lot of fruit and vegetables are 15% less likely to develop heart disease.

More than 4% of heart disease-related deaths could also be prevented if everyone ate enough fruit and vegetables. 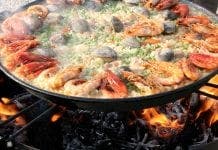 Some Paella Recipes You Didn’t Know About 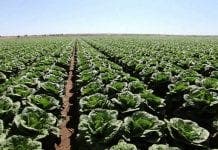 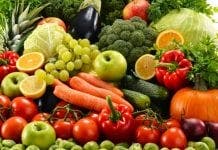