THE MAN accused of spearheading the ERE scandal has been released from jail after his family stumped up €200,000 in bail money.

Juan Lanzas has been imprisoned in Sevilla since March, charged with five counts of embezzling public funds, breach of trust, forgery, conspiracy and bribery.

The trade union leader was met by his daughter last Friday (November 8) at the prison gates, but refused to comment to the gathered media.
The payment of the bail follows the lifting of an embargo on the bank accounts of the trade union leader´s family.

His release leaves just two of the 133 people charged in the investigation in prison.

Judge Mercedes Ayala is overseeing the case, investigating alleged fraud committed in a fund set up with public money to help struggling companies lay off workers.

A few weeks ago the judge over seeing the case, Mercedes Ayala, demanded the former premiers of Andalucia Jose Antonio Grinan and Manuel Chaves, be named as suspects in her investigation.

Find out more about the case here. 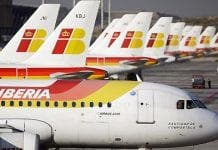 Kirsty Mckenzie - 20 Oct, 2020 @ 18:30
A SPANISH company is preparing to produce a coronavirus vaccine candidate in the new year.  Pharmaceutical firm Rovi, based...