SPANISH scientists have received funding to test whether they can clone an extinct goat.

The bucardo became extinct in 2000, but cells from the last animal were frozen in liquid nitrogen.

The scientists will test the viability of the female mountain goat’s 14-year-old preserved cells.

The Aragon Hunting Federation signed an agreement with the Centren for Research and Food Technology of Aragon (CITA) in Zaragoza will begin preliminary work on the cells from the last animal, Celia.

The researchers have stressed that this is not yet the start of a recovery plan, such a plan can only be initiated if the cells are still alive.

If they are, the process could produce one or more female bucardo clones. 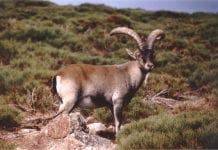