POLICE have arrested 21 people in raids on the horse meat industry across southern France and Spain on suspicion that horses used to develop medicines were sold fraudulently for food.

The arrests were made following a tip-off that hundreds of horses, including some that had been owned by pharmaceutical giant Sanofi, were sold to abattoirs after their veterinary papers were falsified.

A Sanofi spokesman says it used the horses to incubate antibodies to manufacture serums for everything from rabies to snake bites, and they were in good health but not certified as fit for human consumption.

Spokesman Alain Bernal of the Sanofi Pasteur vaccine division said the firm was cooperating with investigations but did not know how long the fraud had been going on.

More than 100 officers were involved in raids at several Sanofi offices and at various abattoirs, including one in Gerona in northern Spain.

Among those arrested were at least three vets and several meat dealers, including one based in Narbonne, in south-western France, who is suspected of being the ringleader of the illicit trade, police sources said. 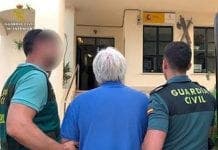