DEMONSTRATORS are due to gather outside the Spanish embassy in Paris today to protest against proposed changes to Spain’s abortion law.

The March of the Women follows a protest earlier in the week in Brussels.

Organisers said a crowd of over 2,000 gathered to voice their anger at the new measures, which will outlaw abortion except in certain cases where a woman’s health is at risk.

One demonstrator said: “This law doesn’t respect the minimum rights that other laws in Europe do. This law treats women like we are minors,”

“What we are asking the Spanish government today is to review the bill that it intends to make law to ensure the right to abortion isn’t restricted as it is in the proposal.”

The protesters marched from the embassy to the European Parliament in an attempt to get Spanish MEPs to put pressure on their government. The march attracted activists from beyond Spain.

It’s not clear when the new law will be put before parliament where Mariano Rajoy’s Popular Party has an absolute majority. 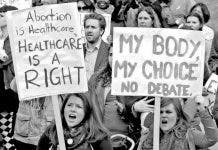 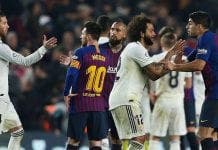 Charlie Smith - 4 Jun, 2020 @ 00:15
A GERMAN man jailed for a sex crime has been identified as a suspect in the disappearance of Madeleine McCann.