LET me start by explaining that the hairy beasts were not the children – although some staff could have done with a post Christmas trim!

But seriously, you would be forgiven for thinking we had turned into the British Zoo of Marbella (BZM) with all the animal keepers, quadrupeds and interesting insects roaming around the school corridors last month! As part of our ingenious plan to keep the children excited about upcoming topics, we organised several Wow Days. And with a new animal topic approaching faster than a teacher sprinting to the staff room for their morning coffee, we pulled out all the stops.

So it was no surprise to see Foundation Stage children staring in open-mouthed wonder when staff from the Benalmádena Butterfly Park arrived with butterflies, cocoons and hairy caterpillars. Not to be outdone – and in scenes reminiscent of the film Jumanji – a zookeeper from Selwo quickly followed suit armed with horns, teeth, fossils and an elephant (okay maybe he didn’t bring the last one). Unfortunately, I had to stop him from throwing a net over the lesser-spotted Mr Prescott in the playground, but that’s a story for another day.

Following that stampede of visitors, Jan Weima from animal shelter Triple A arrived with a puppy. The children enjoyed petting him – and the puppy too! Meanwhile, in a classroom far, far away, the force was strong with Year Two, who dressed up as aliens and astronauts for their Space Wow Day. Under the expert guidance of space cadet Miss Potter, the youngsters created their own solar system using model planets.

Elsewhere, it was like Supermarket Sweep in the neighbouring Mercadona when Year Two and Three learned how to purchase healthy food for their Healthy Eating Wow Day. Pupils then prepared healthy snacks before dissolving into scenes of lip-licking rapture during a subsequent picnic on the beach! Shortly afterwards, the playground served as the launch site for Year One’s Journey Wow Day, where they released helium balloons containing messages – in the hope that someone will find one and email the school saying where it landed.

And finally, it was less ‘H20’ and more ‘H2-whoooaaa’ as Year Four and Five performed Singing in the Rain to show parents what they had learned about water. Keep your eyes’ peeled for next month’s column on our Chinese New Year celebrations! 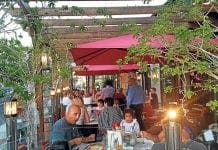 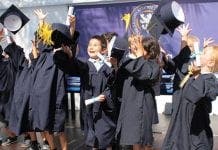 Fun and games at the British School of Marbella 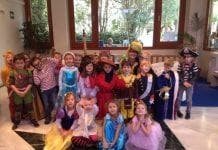 Close encounters of the BSM kind