A BEAR has proved too fertile for his own good, and is now facing castration or segregation.

Pyros, a Pyrenean brown bear has lived happily as alpha male for 26 years, and is either father, grandfather or great-grandfather to nearly every cub born in the last 20 years.

But now Spanish scientists say his sexual appetite is a threat to the Catalunyan colony as his aggressive appetite is making it difficult for other bears to get a look in.

After the birth of a cub who is both his daughter and his granddaughter, the oversexed bear must either be taken into care or sterilised.

Pyros’ behaviour is worrying scientists as the bears normally lose their sexual appetite around 19-years-old.

“If he keeps up this sexual vigour and dominant attitude for a few more years, the other males in the mountains have no chance of mating with any of the females,” said Jose Enrique Arro, the councillor of environmental issues in the Val d’Aran.

Conservationists have worked hard to reintroduce the species after it dwindled to near extinction in the early 90s, and Operation Pyros is vital to their efforts. 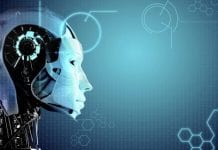 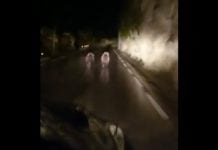 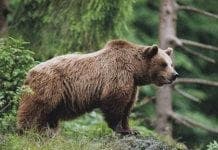