A DEAD Spanish music promoter has made a last dig at the country’s unpopular finance minister from beyond the grave.

Jose Maria Beranjano Martin instructed relatives to add insulting messages aimed at Cristobal Montoro on his gravestone, after his death in November aged 66.

Family members said that the music promoter despised the minister in life after Montoro raised taxes for musical performances to 21%.

Martin’s son Eduardo added that his father was actually a supporter of the ruling PP, but did have reservations.

“He saw how his party had turned against him with the budget cuts, many of which affected him directly,” he said. 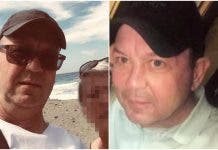