REPSOL’S oil and gas exploration off the coast of the Canary Islands is to be put to the polls.

Residents on the islands will be asked to vote ‘for’ or ‘against’ banning the exploration near to the archipelago.

It comes after protesters from various environmental groups descended on Madrid after Repsol was granted permission to explore waters off the islands.

The regional president, Paulino Rivero, will now hold a referendum on November 23, as he fears offshore drilling could disrupt the environment and impact tourism.

He said: “Do you think the Canaries should change its environmental and tourism model for the sake of oil and gas exploration? That is the question that will be put to the vote.”

A civil rights group is also encouraging residents of the seven islands to join them in a protest on October 18 under the slogan ‘We live here, we decide here’. 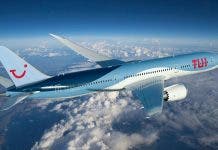