We at the Olive Press want to show our support for men’s physical and mental health by taking part in the Movember challenge.

This means we shaved our faces on the first of the month and won’t be touching our razors again till the end of November to raise awareness about men’s health and raise money for prostate and testicular cancer research.

The Olive Press founder and editor, Jon Clarke, jumped at the opportunity to grow a Mo as charming as his personality to engage his wide network of contacts in conversation about men’s health issues.

Journalist Rob Horgan isn’t one to turn down a challenge and is embracing this one wholeheartedly.

Finally, Stephen Shutes, our super salesman man and Walter White lookalike is just as determined to raise awareness as he is to close a deal.

Meanwhile the women at the office are supporting them as much as they can, and despite being unable to grow their own Mos they do draw on the occasional pencil ‘tash.

It’s been a week and the boys are sporting some impressive initial facial hair so make sure to check them out and share your Mo pictures with us on our Movember Insight page.

We invite you to join us and show your support for this worthy cause by donating or joining our team on http://moteam.co/the-olive-press

Contribute to this noticeboard 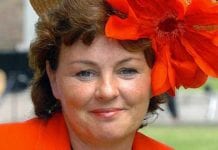 BOOK SERIAL, PART 3: How we nailed a champagne socialist MP 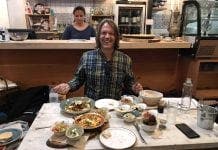 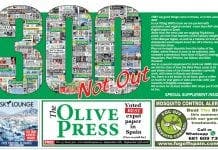