THE work of legendary French artist and sculptor Louise Bourgeois will be displayed at Malaga’s Picasso Museum next summer.

Bourgeois, who died in 2010 aged 98, is known for her enormous spider sculptures, earning her the nickname ‘spiderwoman’.

More than 100 works will be on show, including some displayed in public before.

The ‘retrospective’ exhibition of her work run from June 15 to September 27. 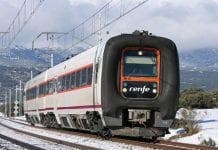