TWO Spaniards were named in the Fifa World Team of the Year last night.

Real Madrid defender Sergio Ramos and Barcelona playmaker Andres Iniesta made the final 11, along with some surprise inclusions.

Brazilian defender David Luiz caused the biggest shock, having been at fault for his side’s 7-1 thrashing at the hands in Germany in the World Cup.

Meanwhile Cristiano Ronaldo triumphed over Lionel Messi to take home the Ballon D’Or – the award for the best footballer in the world over the year – for the second year running.

As in 2013, neither star voted for the other in their top three.

Elsewhere Irish woman Stephanie Roche missed out on the Puskas award for the most spectacular goal, as she was beaten by Colombian James Rodriguez’ ferocious World Cup volley.

While Germany boss Joachim Lowe won manager of the year after guiding his side to World Cup glory.

England boss Roy Hodgson raised a fair few eyebrows with his votes, electing defenders Javier Mascherano and Philip Lahm, along with goalkeeper Manuel Neuer, as his best three in the world.

The Olive Press alternative team of the year: 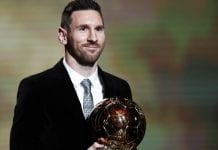 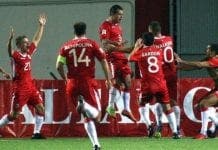 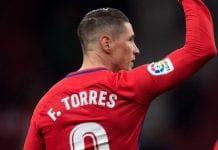