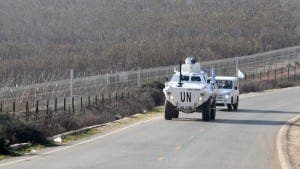 A SPANISH UN peacekeeper has been killed in southern Lebanon, as the Israeli military shelled border areas following a Hezbollah attack.

“I can confirm that a Spanish soldier was killed in southern Lebanon,” said a source at the Spanish embassy in Beirut.

Andrea Tenenti, spokesman for UN Interim Force in Lebanon (UNIFIL), added that the peacekeepers’ commander, Major General Luciano Portolano, was ‘in close contact with all the parties, urging maximum restraint to prevent an escalation’.

UNIFIL has been deployed in Lebanon since 1978, and comprises of a 10,000-strong peacekeeping force which includes 600 Spanish soldiers.