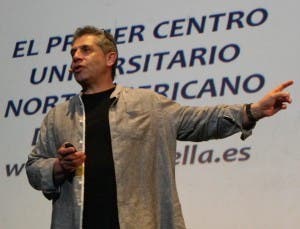 FAMOUS sportsmen and politicians have gathered in Marbella for a charity conference.

The conference – called ‘Be inspired’ – was hosted by the American College of Marbella, at Teatro Goya.

While raising funds for the Cesare Scariolo Foundation and Cudeca Hospice, the conference – directed by Pancho Campo – was also about how to confront stressful situations or illnesses.

The conference also raised more than €700 for Cudeca Hospice.