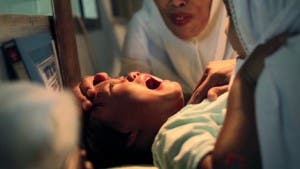 SPAIN is forging ahead with its first nationwide protocol combating female genital mutilation.

Central and regional governments have given the green light to the protocol, which outlines a comprehensive strategy for detecting, treating and preventing FGM in Spain.

Doctors will step up supervision of migrant families from countries where FGM is practised, under the new rules.

In some cases, parents will be asked to sign a declaration promising that their daughters will not be subject to FGM.

“Immigration has made it so that this problem isn’t limited to FGM-affected countries,” said Blanca Hernandez of Spain’s health ministry.

“It exists here too and we’re obliged, as mandated by the UN, to take action against any form of violence against women.”

FGM – the ritual practice of removing some or all of the outer genitalia – puts an estimated 17,000 girls at risk, who have moved to Spain from one of the 29 countries where it is practised.

According to Health Minister Alfonso Alonso, the protocol will ‘help advance’ the eradication of ‘this atrocity’, illegal in Spain since 2003.

There has been international outcry against FGM since the 1970s. In 2012 the UN recognised it as a human-rights violation.

The new protocol is expected to be implemented in the coming months.

IN PICS: Thousands march in streets across Spain to demand an end to violence against women

EXPLAINER: What we know about plans for COVID-19 passports for the Costa Blanca and Valencia areas of Spain