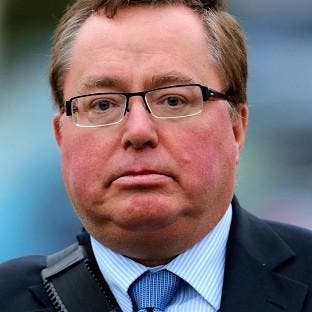 DISGRACED Costa del Sol journalist Mike Souter has had his appeal thrown out of court, after being jailed for a series of child sex attacks.

Souter, 61, was jailed for 22 years at Norwich Crown Court, in the UK, in October 2013 for serially abusing boys over a 20-year period.

The former Sur in English writer was found guilty of 26 offences, including 19 counts of historic child sex abuse against seven different boys aged between 11 and 16, between 1979 and 1999.

He appealed both his convictions and sentence, but both were turned down at a hearing at London’s Appeal Court.

“This was an appalling catalogue of sexual abuse on vulnerable victims over a protracted period and Souter remains in denial,” said Mr Justice Goss.

“His sentence – although severe – accorded with sentencing practice and appropriately reflected his culpability and the harm caused by this offending.”

Alex Trelinski - 5 Oct, 2022 @ 11:39
A mother who allegedly allowed her 10-year-old daughter to be sexually abused by her boyfriend has been arrested by the Policia Nacional in Valencia. The...