THE arts scene in Gibraltar has often been described as burgeoning.

But it has been given a massive boost by the recent global success of one of its homegrown painters, and ambition is in the air.

Gibraltarian Christian Hook has seen the value of his work skyrocket since becoming Sky Portrait Artist of the Year 2014.

The exclusive Mayfair gallery, Clarendon Fine Art, is selling Hook commissions for up to £75,000 and has a 200-strong waiting list of people lusting after his creations.

The Rock houses a bustling community of artistic talent, drive and production.

Over the decades it has nurtured artists who have made it big but refuse to sever ties with their roots.

Government promotion is on the up, and regular competitions and exhibitions are geared towards fostering artists, the history of art, philosophy and, by extension, politics.

The Ministry for Culture’s Gino Sanguinetti is optimistic about the artistic landscape – and says it’s growing.

“About 15 years ago the art was more staid here, but artists are getting more confident, freer in their self-expression, we are seeing a lot more risk-taking. The work is more off-beat,” he said.

Sanguinetti describes the art scene as ‘a group of friends with a common will to work’. Artist Jane Langdon goes as far as to compare the community as a supportive family.

She said: “We support one another. Politically we are isolated, but we have always been aware that we have to work at creating and keeping momentum going.”

“Gibraltar has a lot of artistic talent because there is a fusion of cultures, so it happens automatically, and we live surrounded by natural beauty which is very inspiring.”

The political and geographical history of Gibraltar goes some way to explaining its impressive art scene.

Not only home to the first Neanderthal rock engraving – 39,000 years old – Gibraltar’s lack of censorship during Franco’s dictatorship in Spain meant creativity was relatively unbridled.

During the frontier closure, Gibraltarians were closeted together in isolation, which meant they shared ideas more, and fought to survive and create.

Even today, the constant comings and goings at Gibraltar Port foster an exchange of ideas in a community that never stagnates.

He has dedicated his life to the Rock’s art scene and will have the ultimate privilege of giving his name to the soon-to-be-inaugurated Gibraltar National Gallery in the City Hall, an event he fought hard to bring about.

“I have been at the helm of all the art movements here since I was very young and have been able to be like a father for many of the artists in Gibraltar,” says Finlayson.

“It’s very vibrant, people are curious and hungry to do things here, wanting to express themselves.

“Our artists travel and expose themselves to all sorts of influences in different countries but everything comes back here, where they put their ideas together.”

The Serfaty sisters are good examples. While they studied local artist Leni Mifsud when they very young, they also lived in Madrid, trained in Florence and had their first exhibition in Hampstead, London.

Jane Langdon was an apprentice to the Florencian master and muralist Alfio Rapisardi. Her daughter worked for John Galliano for 15 years at the House Dior in Paris.

Gibraltar’s connection with the UK, links between universities and participation in international art competitions all help project its identity as an exotic, quirky place where talent is born.

Gibraltar-born Hook studied at Middlesex University, lectured at the Royal College of Art and, after illustrating over 200 books for leading UK publishers, returned home to paint.

He was making marmalade the day he heard out about Sky’s competition, shortly before the deadline, and had no inkling of the extent to which it would propel him into the limelight.

He would go on to be bombarded by around 6,000 emails from prospective buyers in the month following broadcasts about the competition.

Commissions, which previously went for £15,000, are now selling for up to £75,000 and Hook’s dealer, Rachel Simkiss, confirms that everyone wants a piece of him.

“It was just ridiculous – I had no idea of the repercussions of the competition – I just needed to try something new, which is why I entered, and I enjoyed it a lot,” said Hook.

Gibraltar takes great pride in Hook’s success, regardless of the material value of his work.

As Jane Langdon said: “Paintings are worth what they are worth because they are an extension of self. You can’t buy the feeling of creating, it’s not on a shelf in a shop.”

“Art is an affair of the heart and, as an artist, you can dedicate a lifetime to creating something positive.”

Long may the creation and positivity continue. 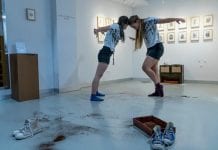 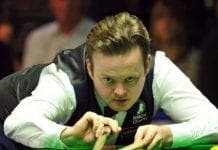 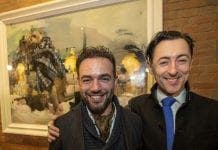