A MOTHER who viciously attacked her daughter for refusing to wear the Islamic veil has been arrested in Barcelona. 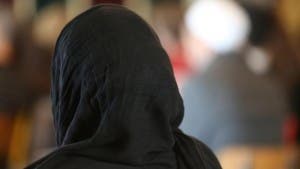 Police arrested a woman in Martorell, 30km north of Barcelona, on a charge of domestic violence after she allegedly assaulted her daughter for not covering her hair.

The girl comes under the protection of the Catalonian government, and was taken to Martorell Hospital by a high school teacher whom she alerted to the incident.

There she revealed that her mother had bitten her and attacked her with a knife.

The police were alerted and located the perpetrator a few hours later.

Sources close to the victim said the assault was not just because of the headscarf but also connected to her possession of a mobile telephone.

Alex Trelinski - 10 Aug, 2022 @ 15:17
THE 024 national helpline to prevent suicides in Spain has saved 585 lives through direct interventions since opening in early May. Emergency teams went to...