A TOTAL of 56 Britons have been arrested in the uncovering of a massive timeshare fraud on the Costa del Sol. 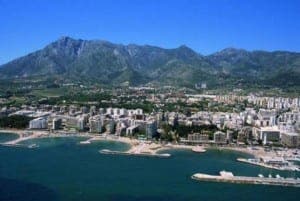 A UK timeshare gang which allegedly made £4 million by tricking around 500 fellow Brits, many of them pensioners, has been busted by Spanish police.

The scams, which involved staging phone calls from fake lawyers and legal officials, involved fraudsters collecting up to £35,000 in unnecessary admin charges.

The ringleader of the gang is thought to be a Mijas expat who lived extravagantly with a boat and three properties.

Almost 80 bank accounts have been frozen in connection with the fraud project as well as six vehicles being seized.

Police fear that victims of this operation could number in their thousands.